This beautiful 6" Native American Pueblo Flight Into Egypt is hand crafted with lovely handpainted native details.  It is locally made in the Santo Domingo Pueblo by artist Angel Bailon.  Made of authentic southwestern pueblo pottery in Kewa, New Mexico, USA.  As handmade art, your's will likely vary from the one pictures (but look pretty similar!) 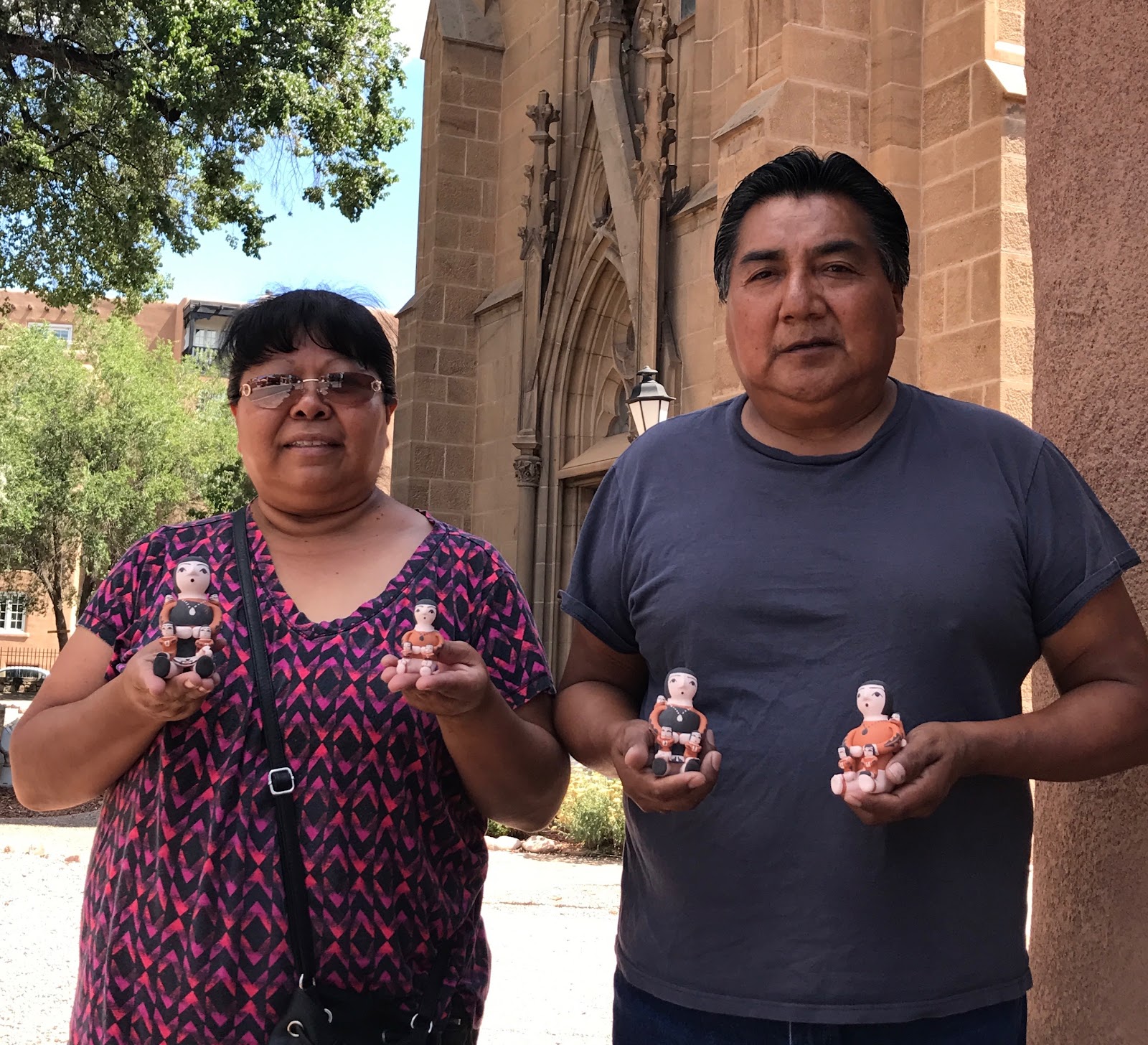