One of the most widely known and beloved saints is Saint Francis of Assisi. Born in 1181 to a wealthy silk merchant in Assisi, Italy, Francis lived a privileged, indulgent life. But rather than take up his father's trade, Francis, famously once gave all of his sale proceeds from a market to a beggar. After having had a vision, Francis began to develop a distaste for his relative meaningless life. He renounced his family, gave up his inheritance, and became a beggar. Francis preached and served the ill as he visited hospitals.  Francis formed the Franciscan Order promoting regula primitiva, the rule stating that they are "To follow the teachings of our Lord Jesus Christ and to walk in his footsteps". He created the original manger scene, was the first to be documented as having received the stigmata, "the gift of the five wounds of Christ." St. Francis was canonized on July 16, 1228. Francis had a great love of animals and the environment during his life and tried to broker piece between people and animals. As such, he is known as the Patron of animals.

Patron of animals, the environment, merchants, the city of Santa Fe, lace makers, Catholic actions, and against dying alone 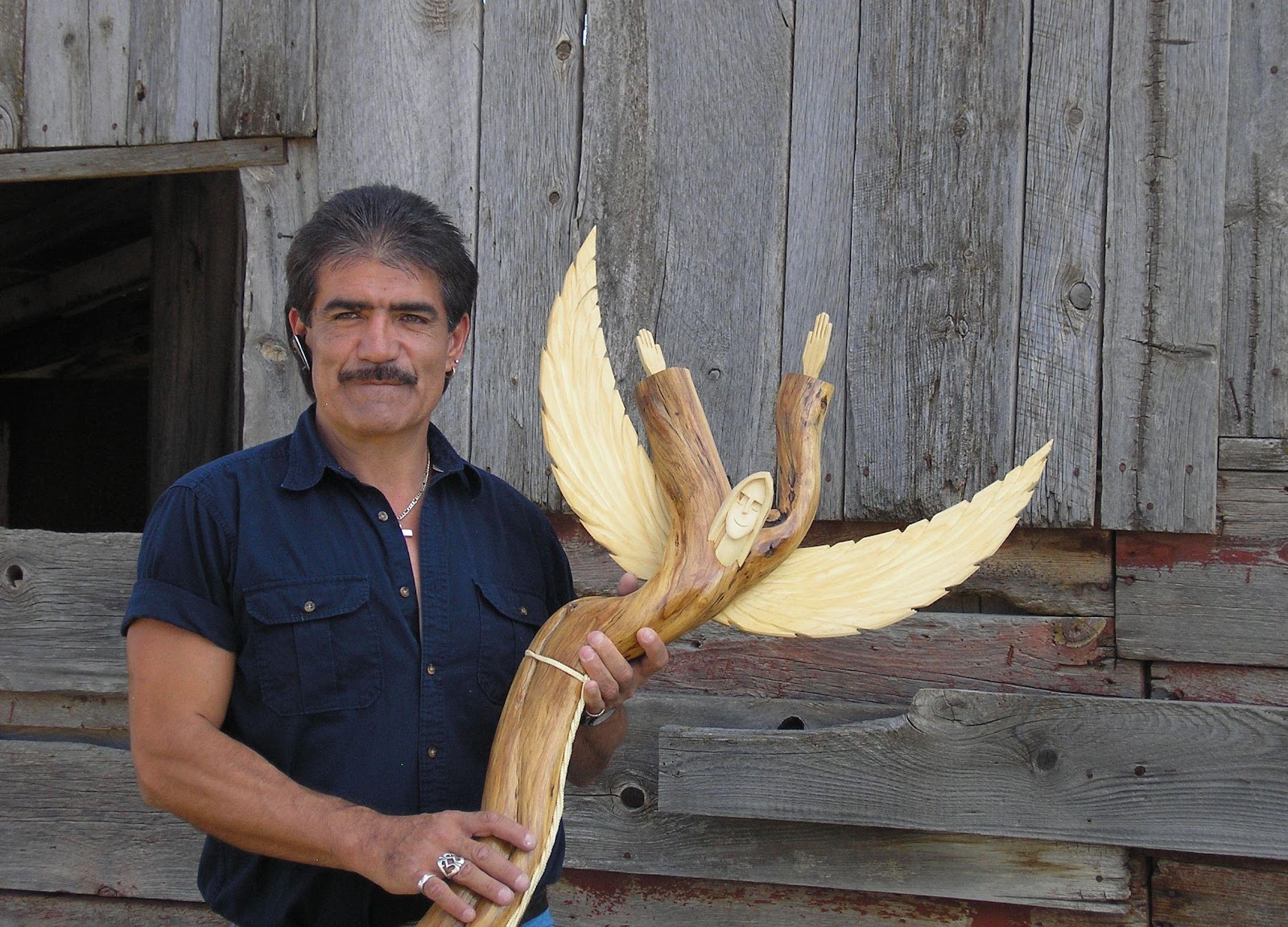 LARRY JACQUEZ was born in a small town in Northern New Mexico in 1968 to Sonny and Sheila Jacquez. When Larry was only 6 years old, he tragically lost his father to cancer.  Larry went to school on the Jicarilla Apache Indian Reservation near Dulce, New Mexico, where he learned several varying forms of art skills.

Larry left home at the age of 16 and subsequently met world renowned Artist, David Alvarez, under whom he studied for several years. During this apprenticeship, Larry learned the historic techniques of creating traditional folk art such as the carving of Angels, Saints (Santos), Nativities, the famous New Mexico Coyote and basically any other form of wild or domesticated animal.

Larry utilizes driftwood gathered from the shores of local lakes and also native cottonwood from along the banks of the Rio Grande to create his sculptures, which can be found in many galleries, museums, churches and, of course, in private homes throughout New Mexico.

Larry strives to “First and foremost always put his faith in God, help others whenever and wherever he can, and work to become a better person and a more proficient Artist”.